We stayed in a cottage at a place called Oxtongue Lake Cottages and across the driveway from our cottage and right behind another cottage was this tree with a nest with baby woodpeckers in it. Well, we didn't actually see the babies, but we heard them! Boy, they were noisy! You'd think they'd be quieter given that their nest was only 3 feet off the ground and there was a big cat wandering around the premises!

Anyway, I didn't get pictures of the babies, but got some shots of the parents, who both came to feed the babies, approximately every 15 minutes throughout the daytime! The parents also got quite noisy, if we were too close to the nest! They were amusing to watch while we were there and we eventually got used to the chirping of the babies.

Well, that's it for today! Enjoy your week! 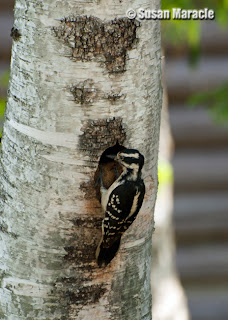 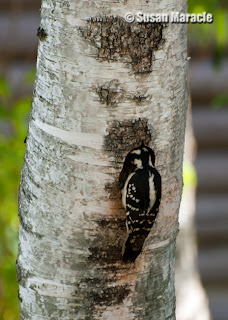 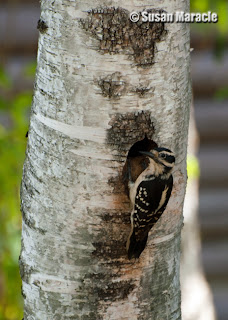 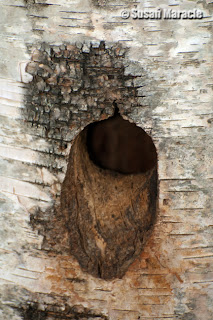 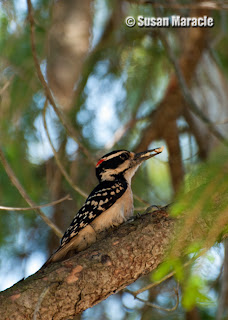 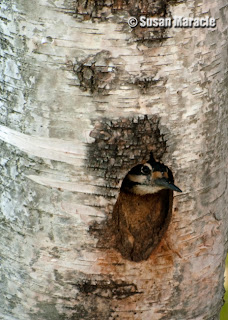 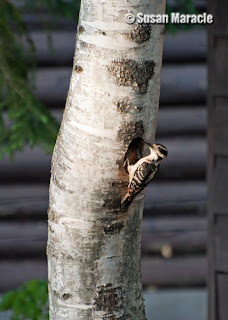 Well, we had a great time near Algonquin Park again this weekend..it sure went by fast though! The weather was a tad bit too hot for my taste and I'm still trying to get the sunscreen and bug spray off, but I survived it! Having a 2-bedroom cottage isn't exactly roughing it, but it's my idea of camping out! :-)

We enjoyed some relaxing time at the cottage on the beach, had a campfire or two, went on a pontoon boat cruise, went to the Muskoka Wildlife Centre, hung out in Huntsville and Bracebridge, hiked one trail in Algonquin and enjoyed some fireworks too!

On Sunday, my lovely family volunteered to come with me to Algonquin Park, not to hike, mind you, but to look for moose. I read that the peak time to see them is between 6am-9am, so we got up at 6am, got dressed, had some toast/coffee and then hit the park. We were rewarded for our efforts as we saw 2 moose, which are below.

The first two pics show how hard they might be to see, as they are the same colour as the trees, especially in the early morning light!

The third pic was the best one of the second moose.

The 4th pic is similar, but he has his tongue sticking out, so I included that...I think he's sticking out to all the people who stopped to see him and scare him away from the cattails that he was no doubt enjoying. I don't blame him, sometimes I just want to do that too! :-) 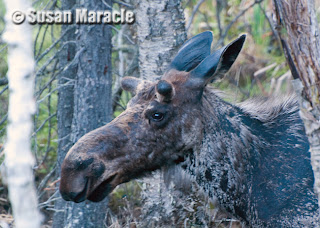 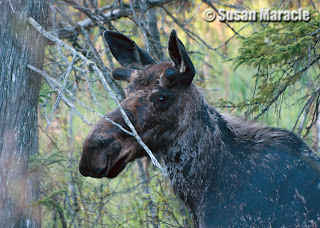 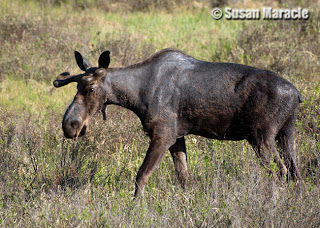 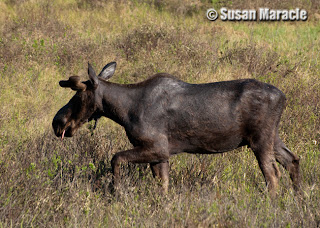 Here are some shots of a pelican, taken at Murrell's Inlet. The last few years we have been here, there have been a bunch of pelicans..this year, we only saw 1 at this location and he wasn't very cooperative for pictures!

These are the only good shots I got of him! The third one is my favourite..I love his little beady eye! The 4th & 5th pics are ones of him making a landing..not very graceful in the least, but cool to watch. The last photo is the best one I got of him on a pole.

I do have more photos of pelicans (of course I do!) from another location, which I will include soon. I think those ones are juvenile ones as their coloring is very different from this guy's coloring.

Well, next weekend is the long weekend and we are off to the Algonquin Area. Wish me luck in getting some good shots of SOMETHING! :-) You just never know there--I had a couple of trips where I found moose and other animals to shoot and some trips where I didn't find anything to shoot!

Have a GREAT week! 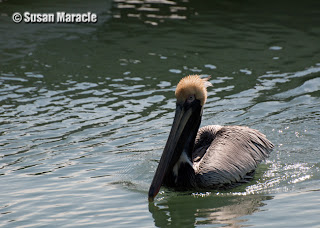 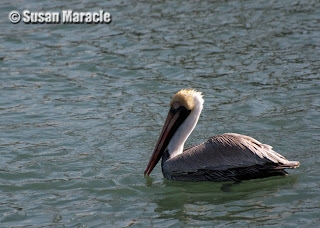 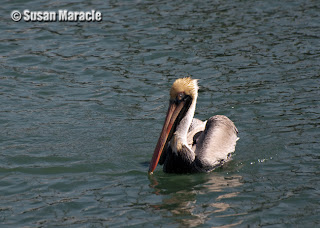 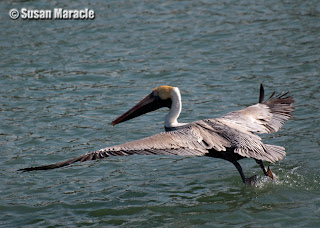 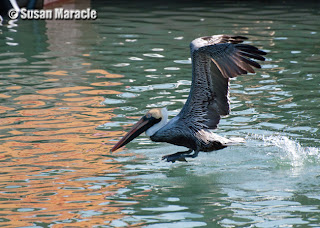 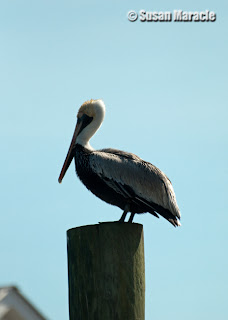 A Bunch of Birds!

Today I have some shots of birds taken at the Alligator Adventure! They also have snakes, but I'm pretty sure I would lose some visitors if I post the shots I have of them! :-) I am posting 9 photos today because I want to finally say goodbye to that folder and move along to another one, finally!

Sorry for the delay in posting this week. I had my neice over for the weekend and Keturah and I did our Saturday volunteer work and then volunteered again at Sandy Pines Wildlife Centre Baby Shower all day Sunday too and I was there last night for our usual night as well! Whew..This is the first time I've been on my laptop since last Friday, I think! Oh well, it's all good!

Thanks for visiting! More next week! 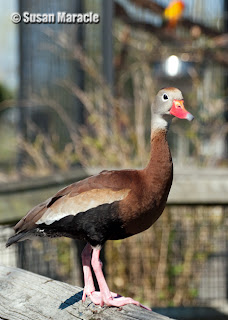 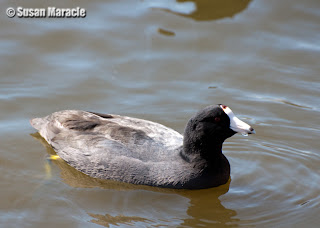 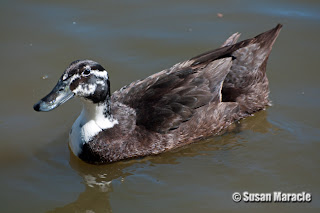 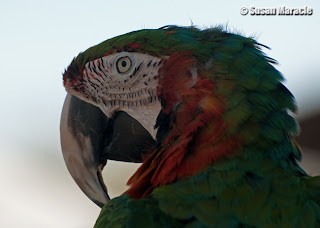 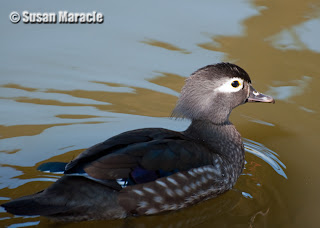 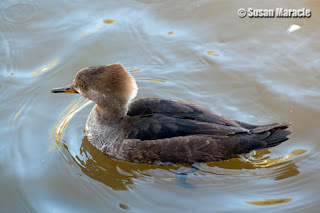 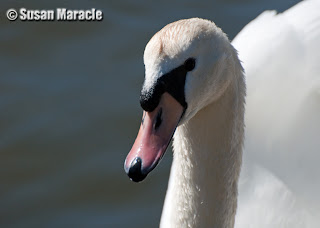 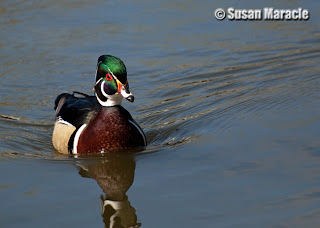