I thought I'd share the story of Zestful Zeek today as I don't have my holiday photos organized just yet!

Well, let's see, back in December, my hubby didn't know what to buy me for Christmas..typical man, right? Anyway, I've been asking for a dog for quite awhile now, so finally he relented!

You guessed it, we could not find one. I didn't want a puppy as they need too much attention and we are not home most of the day...so our hunt began on Kijiji for a good, used poodle mix dog (Kevin's allergic to everything with fur). We found a couple of dogs, but one was taken and we thought we had one lined up for pick up after the New Year, but the owner never did call me back!

So, we went back to work and school and carried on with our lives without a dog! Near the end of January, Keturah was on Kijiji and found an advertisement for Zestful Zeek, who was at the Napanee SPCA. So, I emailed and asked the all-important questions---is he house broken and neutered? They said they "thought" he was house broken as he hadn't had too many accidents (just in the last couple of days because he got diarrhea from the stress of living at the Shelter) and he would be neutered for us if we decided to take him.

So, me with a bad cold and feeling crappy, along with Keturah and Kevin went to visit Zeek at the Shelter. They said he was found wandering the streets of Cornwall and they moved him to Napanee to make room for bigger dogs there. He had been in Napanee two weeks so far. Well, it took us about 2 minutes to decide that we wanted him, even though he smelled and looked pretty rough. He reminded us of our dear, old poodle mix, Bobbi who we had with us for 18 years. They told us we could pick him up after his neuter operation, which they would let me know when the date would be later that day.

We left and went directly to Walmart where we purchased dog accessories to the tune of $100 and we didn't even have him yet! :-)

They let us know that his operation would be on Tuesday following and we could pick him up after 4pm.

We waited excitedly for that day, we left work early, etc.etc. We went to pick him up only to find that he was at the vet's office still. We paid for him and then went to pick him up at the vet's office. They said he would be groggy for awhile and that we should keep him quiet for a few days! He slept most of the way home and I took him to pee, only to have him almost fall over because he was so groggy. Poor guy!

We sat in the kitchen with him for quite awhile, until he came around a bit and got used to us. He really liked Keturah, but didn't like Kevin so much.

Anyway, we found out he was pretty much house broken  and he's only had a couple of accidents. He doesn't like his cage or sleeping in the kitchen, so he started sleeping with Keturah! He does sleep with us now. We do put him in the kitchen when we are at work and it seems to be okay, although we can hear him howling in the driveway when we leave. He did get used to Kevin and they are buddies now. He loves treats of course and riding in the car...we can't go anywhere without him, which is why we took him to Myrtle Beach with us!

He was a great little traveller and seemed to enjoy our suite and the beach and of course, riding in the van for a long time.

Anyway, he's such a wonderful addition to our family!

Now, on to the photos:

1st-4th-photos after he first came to our house...his hair was in need of a cut, but he had to get his rabies shot first, which he couldn't get until he got his stitches out

5th-7th-photos of Zeek once he got his haircut. We are using the same groomer who used to do Bobbi's hair too! (Linda's Doghouse)

8th-9th-photos of Zeek taken in Myrtle Beach..the first one makes him look like a model with his ear (hair) blowing in the breeze and the second one is with his souvenir hat on that daddy bought him. We got a lot of looks/comments about it!

10th-taken today while we hiked around Lemoine's Point in Kingston. 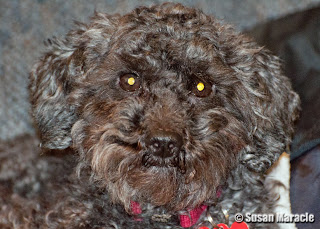 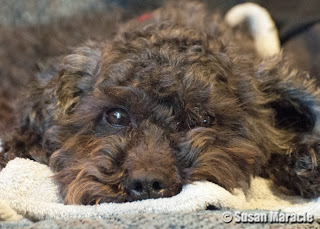 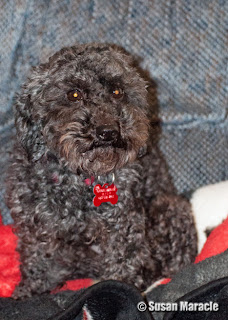 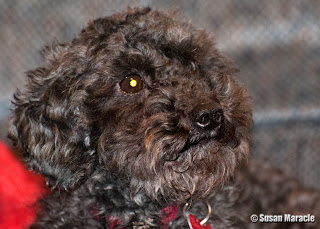 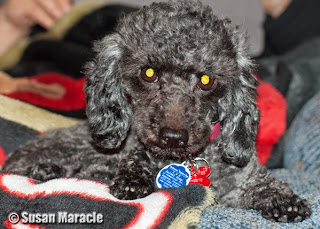 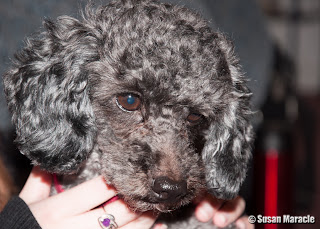 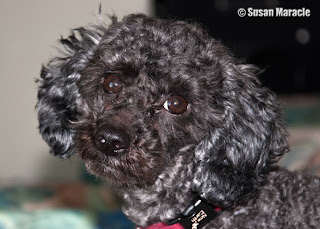 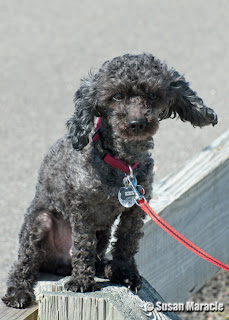 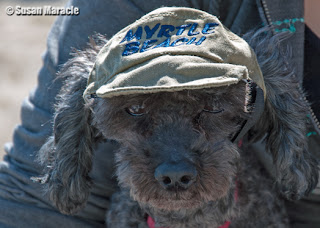 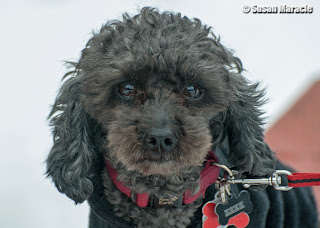 The Last of the Flowers...

These are the last of my garden photos from Strawberry Banke Museum. I didn't think I took so many..well, that I would LIKE anyway!

This week, along with the flowers, I included a gazebo and a child's table and chairs set for tea! I thought they were so cool. Also, in this week's photos are a lot of little buggies that happened to be enjoying the flowers as well as a couple of butterflies!

Well, I probably won't be posting next weekend as we are heading south to Myrtle Beach on Thursday. I am so looking forward to the break and hopefully some nicer weather too! I never seem to have time to post while we are there...always too busy! We are bringing our little mutt with us this time. He isn't really comfortable around any family members yet to leave him with and I wouldn't dare put him in a boarding situation, after he came from a shelter!  So, we happened to find a resort where pets are welcome, so we will see how it goes. Luckily, he loves riding in the car too, as it is a long drive.

I also found out that I don't have to travel to Oneida when we get back, so that is a bonus as well! No back-to-back trips!

Have a great couple of weeks! 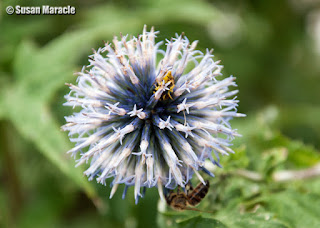 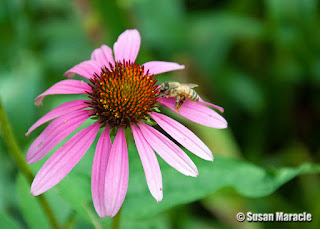 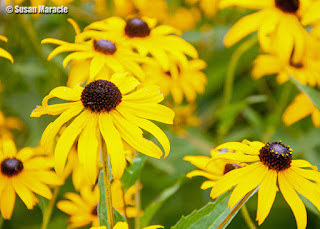 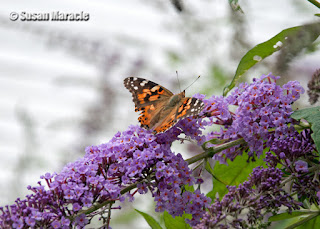 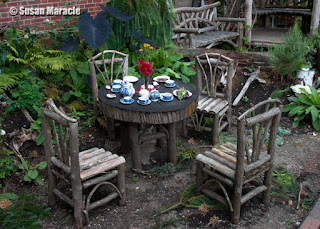 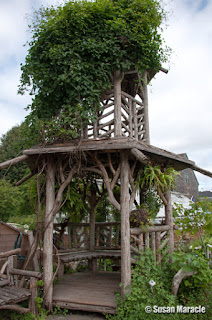 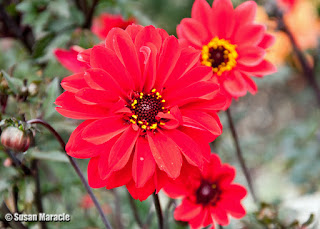 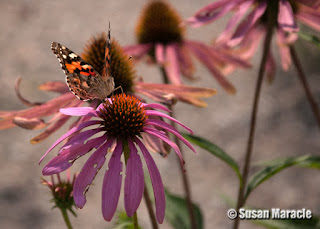 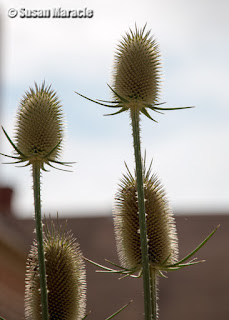